Part 2: White Fragility in The Hate U Give: The Racist Joke 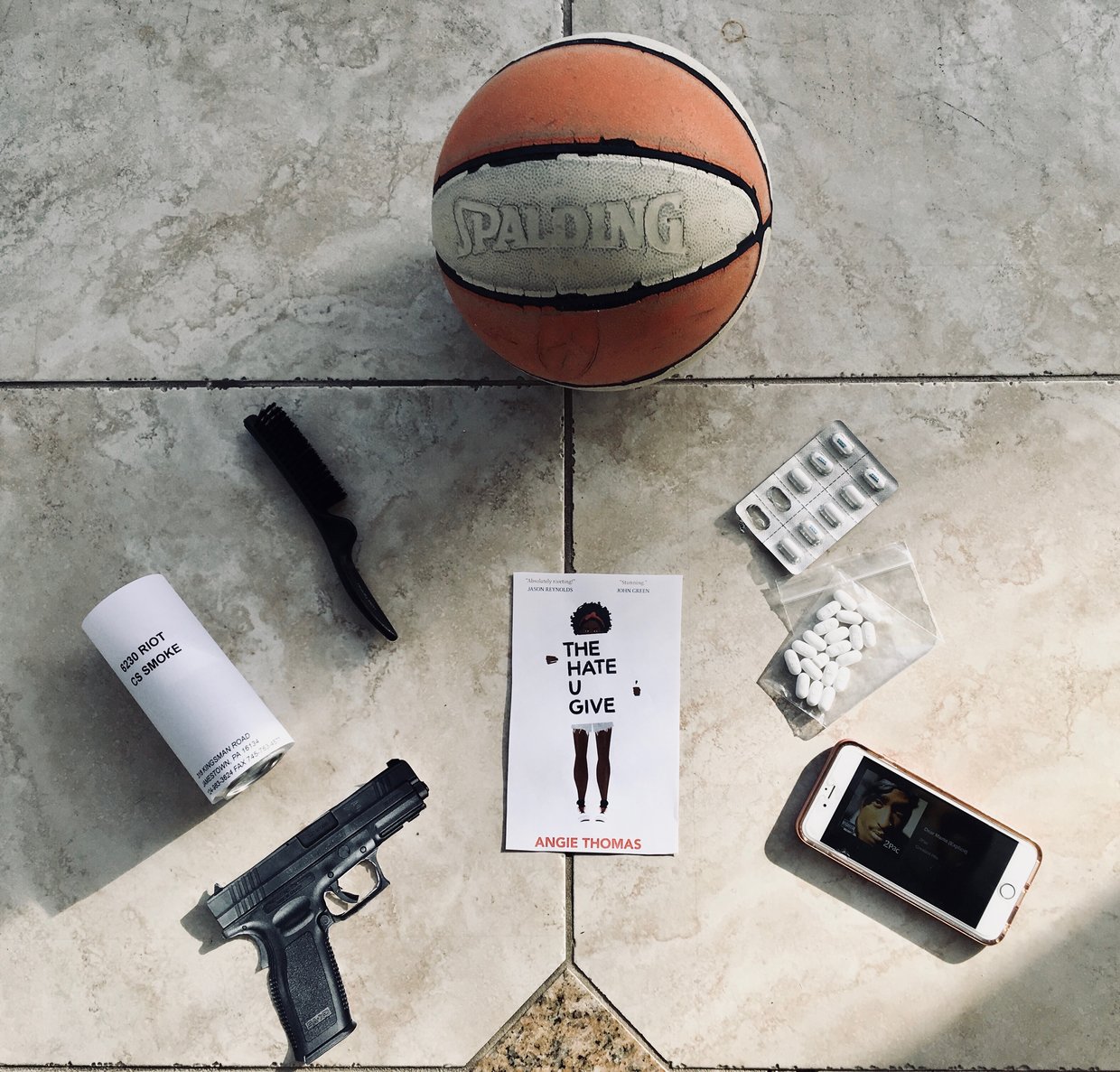 This post will examine Hailey, one of Starr’s friends who displays racially problematic behavior throughout the book and demonstrates white fragility clearly.

In one moment in the story, the teenagers observe a basketball game and joke about their “food babies” after a hefty lunch of fried chicken in the cafeteria. When they decide to get in the game themselves, a white player chides the black player for being to slow, saying, “Pretend the ball is fried chicken. Bet you’ll stay on it then!” Starr takes offense to this and leaves the game.

This moment is expertly crafted. It is obvious why Starr is upset – fried chicken as a favorite of black people is a well-known stereotype. However, they had just been joking about how full they were after a lunch of fried chicken in the cafeteria. So, as a reader, you understand Starr… but you also understand where the joke might have come from. But did it solely come from the lunchroom? Or did the lunchroom reinforce her already-handy stereotypes? Or, perhaps more importantly, does it matter? If Starr was hurt by a joke referring to a common stereotype, why dwell on where it came from instead of how much it hurt our protagonist?

The author did a beautiful job of playing out the resulting scenario. Starr is offended, and her white friend, Hailey, makes all the moves DiAngelo described in White Fragility. First, she tries to make the joke about anything but race; here, the meal served in the lunchroom. Then, she displays the binary thinking when she says, “You think I’m a racist? Really?” Because to say she is racist is to say she is a bad person. The truth is that we white people can draw on stereotypes we were enculturated with without thinking or intending harm. We don’t have to be maliciously racist to sometimes say racist things. It happens. And so Starr reacts to this, saying, “You can say something racist and not be a racist!” (112). She’s being both realistic and kind, trying to help Hailey save face. This is likely an authentic reaction since Starr tends to speak her mind, but let’s not ignore the fact that many, many, many people of color will feel compelled to excuse white racism, especially when unintentional, simply because they might face social sanctions if they do not. A quick search on Google tells me that about 77% of the United States is white. Imagine if 77% of Starr’s community refused to talk to her. Could she be honest about whether they were hurting her – or would she decide to endure it and hope for the best?

Later on in the story, Hailey texts Starr, saying just, “I’m sorry.” When Starr presses, Hailey says she is sorry “that you’re upset with me.” Starr reflects meaningfully that this does not show remorse for Hailey’s own actions, but instead blames Starr for the way she reacted to them. This is a classic move of white fragility: intentions over impact. If Hailey did not intend to harm, then she should not be responsible for the hurt she caused. It is a form of victim blaming. However, this is compounded by Hailey’s white perspective. According to Irving, white people are particularly enculturated to conceal pain (and negative emotions in general) and project optimism. Therefore, Hailey likely views Starr’s expression of pain here as being particularly weak, impolite, and inappropriate, which is a culture clash that is so prevalent that we’ve stopped noticing it.

In Part 3, I will look at Chris, the white boyfriend and struggling white ally.

2 thoughts on “Part 2: White Fragility in The Hate U Give: The Racist Joke”